The A-ONE, an occupational therapy instrument, is based on a conceptual background where a direct link is made between functional performance in ADL and neurobehavior. The A-ONE is used to detect the impact of neurobehavioral impairments in adults with cortical central nervous system dysfunction on ADL performance by using observations.

The A-ONE was designed to integrate two methods used by occupational therapists:

(1) Functional assessment of ADL performance and

(2) Assessment of specific cognitive, perceptual and motor impairments impacting upon the

Traditionally ADL evaluations had only been used to indicate level of independence /need for assistance, not the reason for the lack of independence as is possible by use of the A-ONE in terms of neurobehavior. The A-ONE is thus used to assist the therapist in analyzing the nature or cause of a problem that requires occupational therapy intervention.

The original purpose of developing the A-ONE was to create a valid and reliable instrument to evaluate simultaneously ADL performance and neurobehavioral impairments affecting performance. It was expected that the evaluation would aid therapists in clinical reasoning and decision making and it was hoped that the results could aid in goal setting and choice of intervention.

Occupational therapists report that they use the A-ONE as it provides profession specific information about task performance and type of limitations. Such information has been appreciated by other team members. The evaluation is used to obtain useful information for decision making and for setting goals. It can also be used to aid therapists in choosing from available intervention methods. 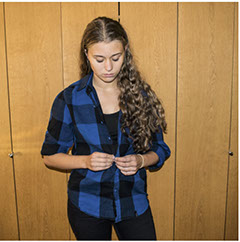 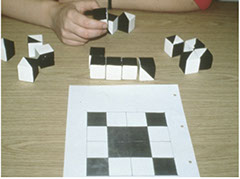 Analyses used when administering and scoring the A-ONE:

Task analysis is used in the A-ONE to determine the nature of the problems that have impact on the performance, i.e. type of impairments or environmental limitations. Thus it refers to the use of specific clinical reasoning procedures for the interpretation of the cause of the diminished quality of task performance.

• The Neurobehavioral Impairment (NB) scale focusing on type of impairment and severity of impact on ADL performance. It consists of 77 items divided between two subscales - a five category rating scale for specific impairment items and a dichotomous scale with pervasive impairment items. For scoring the NB scale, performance errors are related to operational definitions from the test manual. Subsequently specific clinical reasoning process is used to hypothesize about the type(s) of impairment(s) impacting on and limiting the performance.

Neurobehavior is defined in the A-ONE as any behavior reflecting neurological function. It thus includes the different types of pertinent neurological body functions necessary for performing different tasks. What may seem a simple task requires complex functioning of multiple nervous system processes.

Neurological dysfunction can result in impairments manifested in occupational performance errors. These are defined in the A-ONE as: Any deviations from flawless responses when performing occupation. The deviations could include that the task has changed or is not completed, the person needs assistance with performance or the person can successfully complete the task but errors or alterations in methods are seen. A-ONE reasoning is therefore about how occupational performance errors, reflecting CNS dysfunction that cannot be observed directly, can be related to taxonomy of impairments.

After detection of observed performance errors, or critical cues, A-ONE reasoning includes amongst other things use of conceptual and operational definitons from the insturment for cue interpretation and formation of impairment hypothesis. Neurological knowledge is also used for differentiation between possible impairment hypotheses before coming to a conclusion about the nature of problems that impact upon performance.

Neurological Occupational Analysis abbreviated as NOA is based on the A-ONE conceptual model. For the survival of in-depth clinical reasoning needed in neurological occupational therapy “one pair” of each  “species“ is needed. The species being body structures and functions, activity and participation as well as environmental and personal factors (referring to ICF terminology). If we have all three pairs on board our “ark” referring to Noah‘s ark and relating it to Neurological Occupational Analysis (NOA), we are set for survival and able to back up what occupational therapists stand for. 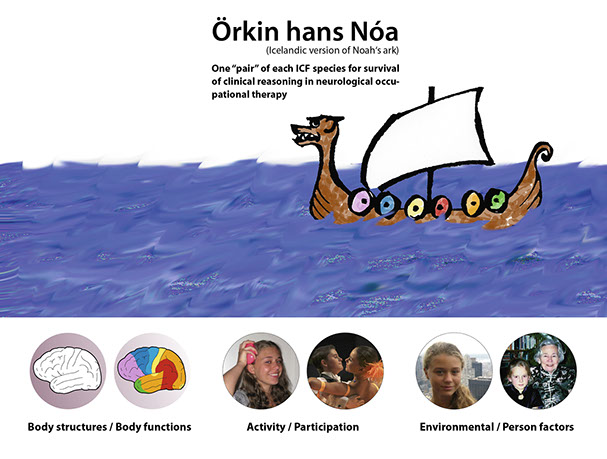 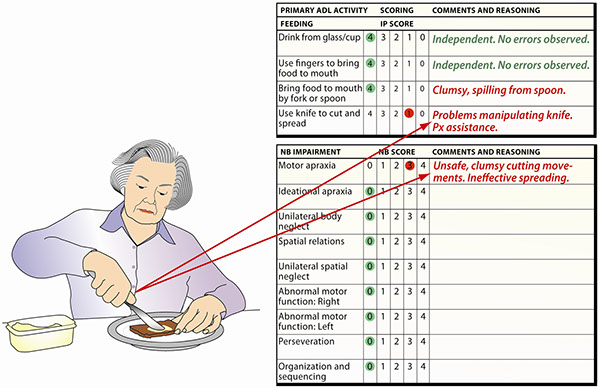 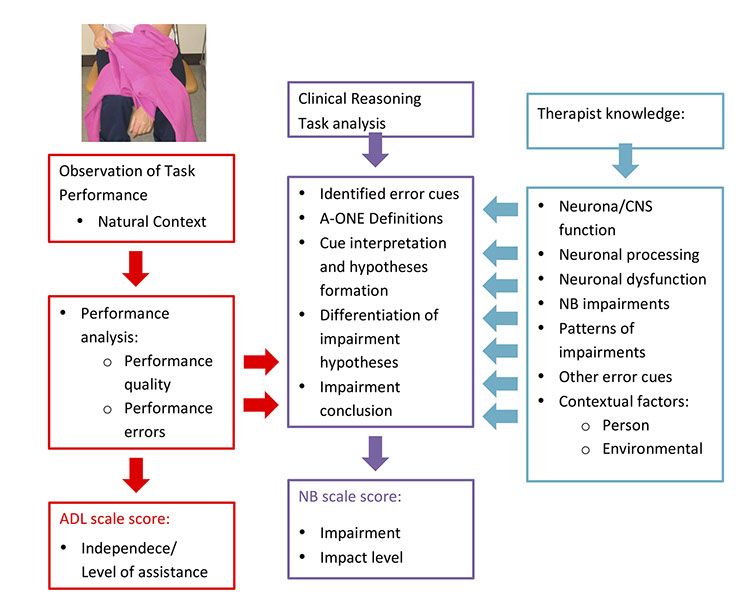 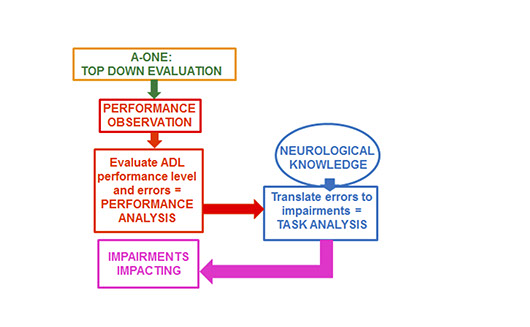 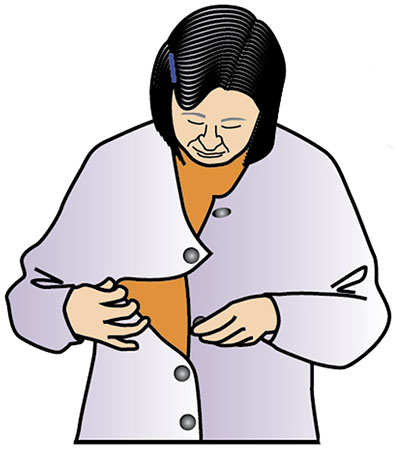 Does not continue the activity

Does not attend to instruction

Does not attend to mistakes

Loss of a visual hemifield, but is aware of the deficit and will try to compensate for it by using head movements to scan both visual fields

Does not remember the instructions throughout the ADL tasks

Has difficulties manipulating shirt due to lack of sensation

Unable to find armholes or bottom of shirt

Pulls sleeves in the wrong direction

Over or underestimates the distances when placing paralyzed arm into sleeve

Does not account for objects in the visual field on the affected side, usually the left one

Does not dress the affected body side